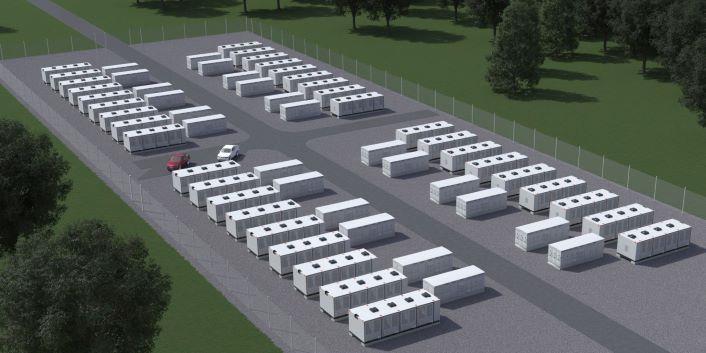 NASSAU, NP – Bahamas Power and Light Company Limited (BPL) announced on Tuesday that, following a rigorous selection process that involved the Ministry of Finance and the Inter- American Development Bank, Finnish energy conglomerate Wӓrtsilӓ has been selected to provide Engineering/Procurement/Construction (EPC) Services and Commissioning of a Battery Energy Storage System (BESS) for BPL’s Blue Hills Power Station (BHPS). The BESS facility will provide spinning reserve and inject a new level of resilience and smartness into the existing Nassau grid.
As of Tuesday, the contractor was onsite, with work scheduled to start approximately two months from the contract signing. Target completion time is 351 days after contract signing (July 2022).
BPL CEO Whitney Heastie said, “Wӓrtsilӓ won the bid with a solution that will greatly assist BPL in the process of improving system reliability and service quality on Nassau. In addition, we believe this BESS solution will assist as we work to continue our reduction of operational costs on the island.”
Heastie added, “We have worked hard to improve reliability and the quality of our electricity service, and we expect that our customers – who have seen their bills go down even as reliability is increasing – will derive the most benefit from this arrangement.”
The CEO thanked the Ministry of Finance for making the loan facility available.

“Without the inclusion of the BESS project as part of the Reconstruction with Resilience in the Energy Sector in The Bahamas Program we would not be at this major milestone nor have the immediate funding that’s going to yield the implementation of this vital system,” he said.

“Additionally, without this funding this game-changing technology would have been delayed until BPL could have taken on more debt.”
Wärtsilä has assured that in addition to aiding in reducing fuel consumption by providing spinning reserves and maximizing power output from Clifton Pier Power Station (CPPS), the BESS would allow future integration of renewable energy sources.
Spinning reserve

On the matter of spinning reserve, it is of primary importance to understand that in the event of a contingency such as the sudden, unexpected loss of a generator, the energy storage system (ESS) will respond within milliseconds to discharge 25 MW into the power grid for total duration of at least 30 minutes. Before, during and following such a discharge the BESS will continue to provide all other requirements to full stated capability. The graphs below show an example of ESS with spinning reserve.

The benefits of ESS providing spinning reserve are:

Said Wӓrtsilӓ, “We understand that BPL also has plans to integrate solar power into the generation mix. As such, it is important to note that Greensmith Energy Management System (GEMS) has been designed with the specific purpose of managing integration of Engine generation, Battery Energy Storage, and renewables into grids. One such example of a renewables grid managed by GEMS is on the island of Graciosa in the Azores, where GEMS controls and optimizes the output of engines, battery storage, wind, and solar generation. In our experience, GEMS makes it possible to produce smooth power output when weather conditions are less than ideal, minimizing impacts on grid stability. We believe that BPL’s existing Engines and future battery storage generation controlled by GEMS will support BPL in its quest to improve system reliability and service quality.”
The system will benefit BPL, and its customer base, by minimizing engine operations cost while maintaining a sufficient reserve level to ensure grid stability. The smart control system will, for instance, be executing the continuous determination of which engines should be running.
The Details

Wärtsilä has been contracted to build a system that maintains 25MW and 27MWh with 14000MWh annual throughput (MWh in + MWh out). This system utilizes twenty-four (24) inverters, six (6) inverter transformers and twenty-four (24) Gridsolv Quantums (Battery Enclosures) at the beginning of life, and in year 5, the system augments with eight (8) racks and two (2) inverters and one transformer on the AC side. There is no additional Balance of Plant equipment necessary. In addition to the BESS, the project includes the the engineering services and associated equipment required to integrate the existing Wärtsilä Engines and the new BESS into the GEMS controls platform.

BPL Board Chair Dr. Donovan Moxey added, “BPL is excited about launching Distributed Battery Energy Storage System (BESS, typical site design above)) in New Providence. BESS will
complement and supplement BPL’s primary generation systems by helping the Company respond to voltage spikes and sags, and as an alternative to generators to provide

uninterrupted power supply during outages of other sources. BESS can work with decentralized or central systems, and has a plethora of other ancillary benefits, including most notably utilizing or distributing renewable energy such as from wind or solar systems, which will become increasingly important as BPL works more and more solar generation into its mix.”
Thank you.

On The Record – BPL Power Struggle