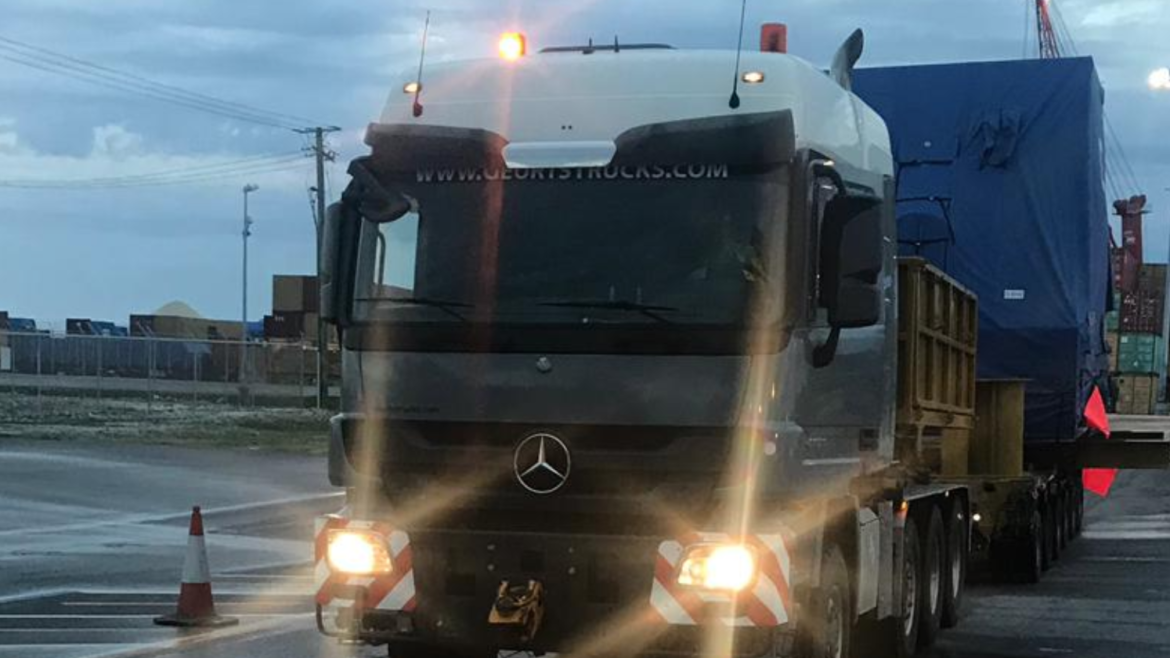 NASSAU, NP: Bahamas Power and Light Company Limited (BPL) started moving its new generators on Tuesday night (May 14, 2019) despite the wet and windy weather. We moved two generators on Wednesday night and will move two more on Thursday night with the final generator set to go to Clifton Pier on Friday night.

Over the next three weeks, we will be moving our new power generation assets from the Arawak Cay Port to our Clifton Pier Power Station. BPL and Finnish tech giant Wärtsilä are now engaged in a complex, delicate dance which will require absolute perfection to pull off. After gutting Station A at our Clifton Pier Power Station (CPPS) and pouring new foundations for the new engines – a feat that required more than 2,000 cubic yards of concrete (200 trucks of concrete!) – we are now immersed in getting the generators, engines and auxiliary machinery off the port.

The generators were the first to go. To transfer the engines themselves from the port to the hall, however, will require such precision that the engines will be transported at walking pace – two miles per hour – through the night along an already-mapped route guided by a team using cutting edge digital equipment. At this pace, engine transfer is expected to take about nine hours, with the team walking the engines the entire route. To place all seven engines is expected to take 23 days.

The engines are scheduled to be tested and commissioned in late summer. Commissioning refers to the process of starting up the engines and making sure that they fulfill the contractual requirements.

The signing of the deal with Wärtsilä marked a major milestone for BPL. The deal will help ensure stable power generation, lowering the cost of operations, lowering and stabilizing rates, and creating better environmental stewardship and more economic opportunities.

The new plant is expected to begin pushing power to the grid by the end of summer 2019.
The new plant will eliminate BPL’s dependence on generation rentals, which cost the government and people of The Bahamas millions per year. The new plant adds 130 megawatts (MW) of new, highly efficient, tri-fuel generation and maximizes the use of Station A.

In returning CPPS to a baseload station (170MW), this will mean the newest, most efficient engines are first to use, increasing the use of HFO and leading directly to a lower fuel charge to the customer.